is E, but in an imaginary world, i’d want the life sized cylon. 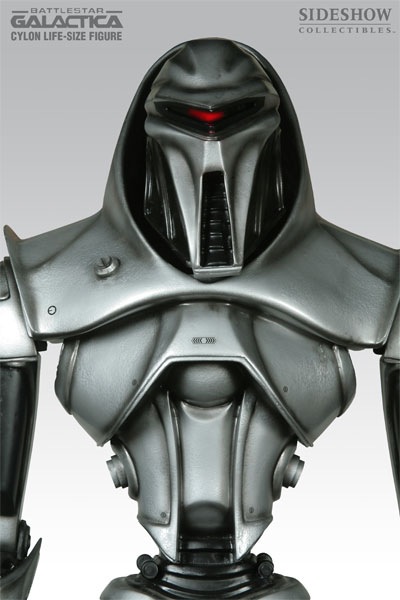 battlestar galactica. mece kept telling me it’s the best series ever, but he couldn’t explain it in a way that would make me believe him. now i know of no better series than bsg, but i don’t know how to explain. however, there is something i do want to write about: gaius baltar and nr six. here are some thoughts.

to me, these two screenshots from the last episode of season two covers some of the aspects i can’t put into words at the moment. 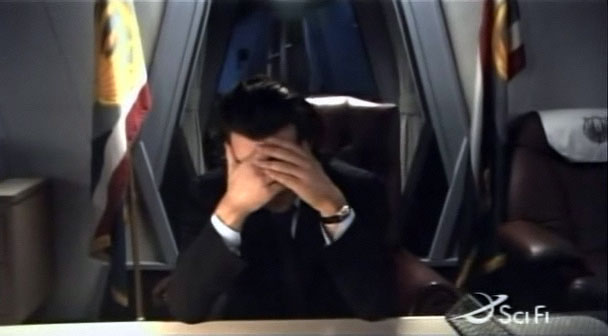 gaius baltar: alone in his office, dealing with the fact that a copy of caprica six committed suicide, leaving him all by himself. 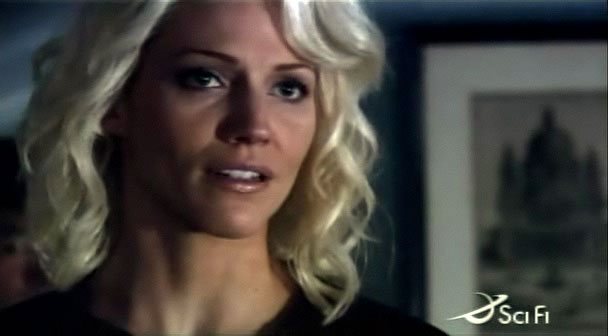 caprica six returning to gaius one year later, with a cylon fleet – and the people on new caprica surrender to cylon.

caprica six: i know who you are gaius. i know very well.